Playing board games is a social activity, usually playing with other people. Sometimes playing with friends, and at other times people we’ve just met. Meeting new people and spending time with old friends is one of the great things about board games. Below are the top ten admirable behaviour’s, as voted by over 450 board gamers who participated in a recent survey.

As a disclaimer, this list does not allude that not following these behaviours is negative, for a list of the top ten unacceptable behaviours check our previous blog post.

10. Point out when someone is taking too long

Players want to be engaged in the game. Nothing pulls players out of the engagement faster than having to watch one player think for extended periods of time. Everybody else is sitting and waiting, looking at each other. If the behaviour continues, everybody is going to be wishing the game was over.

When you’ve given the player adequate opportunity pointing out when they are taking too long is an appropriate behaviour at the table. Don’t feel afraid to be assertive and let another player know they are holding the game up. If you want to be less obvious, try asking “Who’s turn is it?”, which can usually give them a hint to speed up.

When you’re playing with a person who is continually holding up the game with analysis paralysis, there are some things you can suggest:

9. Staying silent during your turn

According to the survey, it’s admirable to stay silent during your turn, and not explain what you’re doing. Maybe it keeps other players guessing, maybe it makes you appear to be thoughtful, or perhaps trying to work out your strategy is fun for the other players and don’t worry about justifying your moves to the other players.

8. Lie or break their word in a game without cheating

“Yes, of course, I’m resistance!” Bluffing is a game mechanic where players deliberately lie to other people at the table to gain an advantage. Games such as Coup, Sheriff of Nottingham, Secret Hitler and Werewolf are built on this mechanic.

A game provides everyone with a sandbox situation, where we can have fun lying to friends. It’s appropriate to lie and break deals accordingly in play, as long as we lie within the bounds of the rules and do not cheat. As soon as we step outside of the game rules, we are cheating which is inappropriate.

Lying in a game is part of the fun, and other players shouldn’t take real life offence to such actions in a game. It is an acceptable behaviour to lie in a game or break an in-game promise.

7. Look online or in the rulebook for a favourable ruling to a rules questions

You don’t have to accept the majority opinion without checking the rulebook. If you’re unsure that a situation should be in your favour, there is no shame in pausing the game and checking online or in the rulebook to find the correct outcome.

Board Game Resource warns players of “The Referee”  being a player who “will leave no stone unturned in the rulebook, at least, as long as it rules in their favour… ” and are “conspicuously silent when the legality of their own actions are dubious.” Be wary that you’re not continually pointing out the rules that only benefit yourself, and be equally vigilant when a rule should favour an opponent.

6. Apply a handicap to a more-experienced player (if they agree to it)

When you’re playing a game and one player has vast experience and knowledge over another player, an appropriate suggestion is to ask the more-experienced player to have a handicap.

Inevitably the outcome of the game is already predicted, the experienced player will probably win by a considerable amount. Instead of going through the motions of an imbalanced game, giving a player a handicap and not only increase the challenge for them but give the less experienced player a fighting chance which increases both players investment into the game.

Next time a skilled, experienced player asks you to play their game, try suggesting giving the skilled player a handicap to even up the odds. A disadvantage can also be applied if one player has repeatedly beaten another in any said game. Some games, such as Nations also have a handicap implemented into the rules.

5. Stay silent when someone takes a sub-par action in a game.

Another player makes a turn which is sub-par, it’s not terrible, but also perhaps not optimal, and you can see there is another move they could do. Just because you can see the best move, does not mean you have to point it out to the player. There is nothing wrong with being quiet and letting other players make their moves. Continually pointing out the best move, can take some sense of ownership away from other players, and dilute the gaming experience for them.

4. Point out how close another player is to winning

Uno! The famous card game where one player needs to declare they’re about to win, and rewards players for pointing it out if the about to win player does not announce their position.

3. Ask for a player consensus on their interpretation of a rules question

Unfortunately, a clean and clear rule explanation is a luxury not afforded by all game manuals. The wording in a manual maybe ambiguous, or contradictory. What do you do?

Instead of assuming the rules, the acceptable thing to do is ask for player consensus on the rule. In this situation, having more heads is better than one, and even if you find out you’re interpretation was wrong after the fact, by involving all players in a consensus you ensure no one person is blamable for incorrectly deciphering the rules.

2. Use fanmade reference aids that correctly summarize the rules

We have a local game host, who always creates a simple player aid sheet print out for all players. It can help the flow of the game, by allowing players to find the answer to a question proactively, and allows more than one player to read the rules.

Some hosts will go as far as laminating the sheets for their players. If you’re a host that looks up, prints or creates player aids for your fellow gamers, thank you on behalf of us all, you’re doing a great job.

The esoteric order of gamers does a great job of publishing creating player aids for many games.

1. Bow out in the middle of a game to attend a family emergency

You’re in the middle of the game, you don’t want to leave, but you have a family emergency. Don’t feel bad; your family is more important than a board game. While you and your friends may have invested an hour or two without finishing the game, nobody should look down on you for putting your family emergency above the game. Just tell the other gamers and leave, then get up and go.

You’re not a bad gamer if you don’t follow the above behaviours. However, according to the consensus of these players surveyed, these practices are seen as acceptable and can be confidently performed in the board gaming environment, and should not be frowned upon by others.

I feel I should repeat the disclaimer at the beginning of the article, these points are not binary. Just because printing out fan-made player aids is a great thing for a host to do, doesn’t mean you’re a terrible host if you don’t print them out. Similarly, while staying silent during your turn is acceptable behaviour, it doesn’t say that telling other players what you’re doing while taking a move is terrible either. In fact, when playing with new players, I like to explain my moves to help them understand the rules.

Do you agree with the top ten items? Feel free to comment. I hope this article gave some insight on how to be a more assertive gamer. If you want to find more board gamers to play games with, check out our board gamer meet up page to manage your board game group and find other local players. 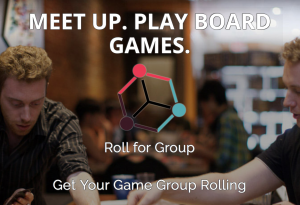